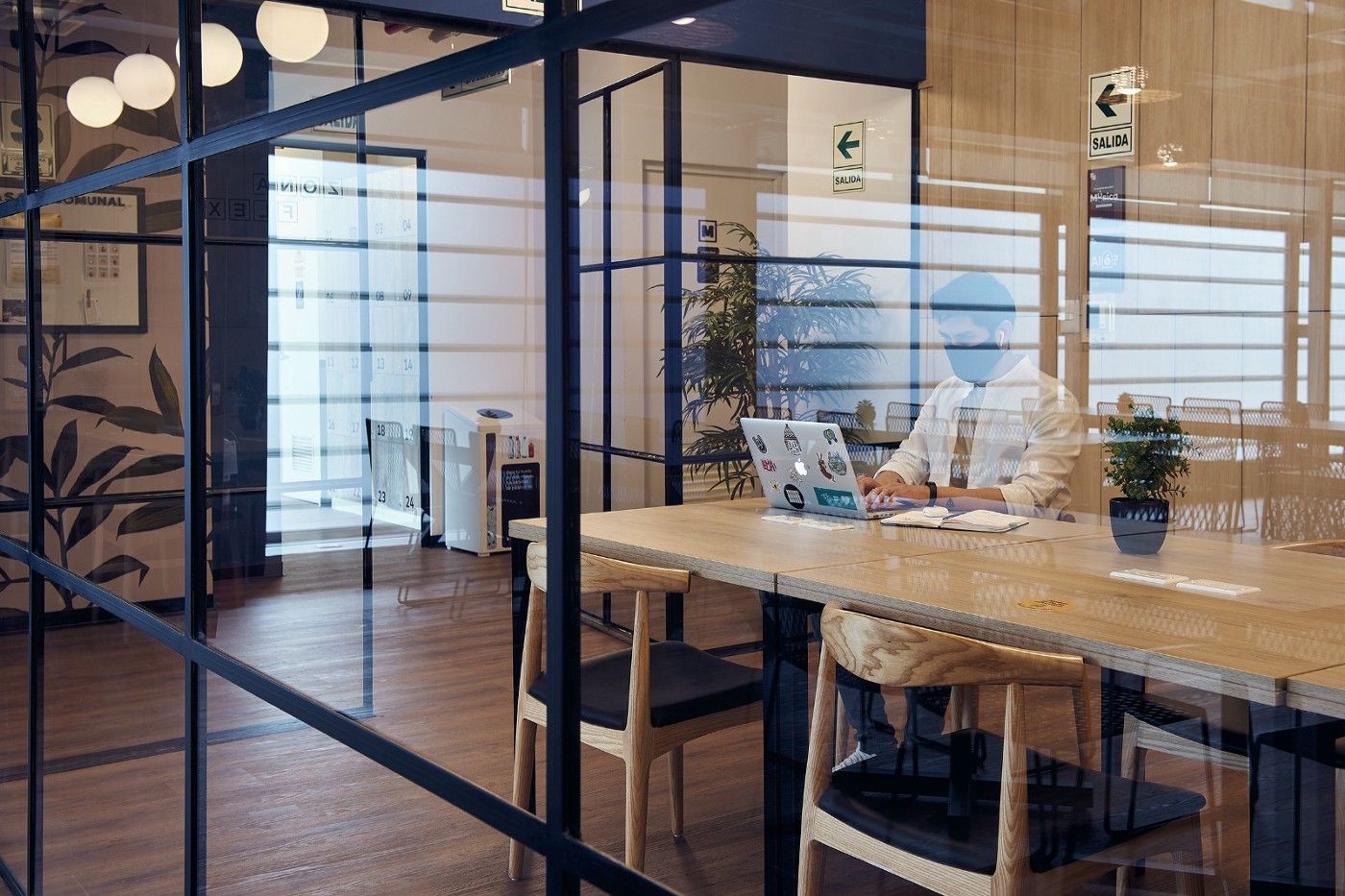 There is a phenomenon that I obsess over and bring up every time someone predicts the end of coworking: If the average office rental contract length in Latin America is five years, and we know that the World Health Organization has said that under the best case scenario, this pandemic would last two years. (Of which a third of the time has already passed). During this period, until March 2022, 40% of the leases in Latin America will have expired. Would you renew your lease for five years when you don’t know what the situation will be like in five weeks? I would not.

I asked Ernesto if he saw the COVID-19 as a catalyst for existing trends or if it will be a real revolution. “For me it is a turning point. Not only are we going to resume the growth we saw before, but it’s going to be accelerated. It is like this because of what you mentioned; companies do not want to have this traditional reliance on long contracts in the midst of incalculable uncertainty and having to sink in [capital expenditure], and cross that with the fact that the most important landlords in the city do not have the expertise to operate and commercialize flexible workspaces — which is exactly what these companies need. Our industry can take advantage of this situation and become the perfect partner for those landlords. I think it’s a tipping point for the industry; the landlords are worried. If before coworking was a nice thing to have [in one’s portfolio], now it’s a must-have for traditional landlords.

Recently in Spain (a much smaller market than Latin America as a whole) we have seen how different landlords have absorbed operators or developed their own brands of flexible workspaces. However, according to The Instant Group’s report on Latin American, only one landlord in the region has done so. Is this going to change?

“If I believe that pre-pandemic that was a trend that was much stronger in Europe and in the United States. If you are the owner of the asset you want a way to maximize the value. I think that like most things in Latin America it takes time but this will get here eventually — which is an advantage because by looking at the other regions you know what’s coming and you have time to turn it from a weakness to an opportunity.”

Ernesto goes on to explain some of the peculiarities of the region. “In Latin America there is a traditional line of thinking: I can do it better alone. “Why am I going to buy it, why pay such a high price… I’ll hire two employees and do it myself.” But it is not that easy. From the outside our industry looks easy: “I’ll hire an architect for a beautiful design, someone to smile at the entrance, open a fan page and that’s it, I have a coworking… No, it’s much more complex than that. I dare say that this pandemic is going to push the landlords to look at us through completely different eyes.”

Given Ernesto’s background, I couldn’t help but ask him about the Brazilian market and its peculiarities, as well as its relationship with the rest of the region. “Brazil is a different ballgame. When one talks about Latin America it is really two completely different worlds: Brazil and the others. They are two totally different monsters.” As far as our sector is concerned, Ernesto continues: “The market is atomized, there are many important cities in the country and they are very, very different. In Mexico, however, there are also several important cities, but they are very similar to each other. Another factor to take into account is the enormous distances between the different cities in Brazil.”

“Not only in coworking or startup industries, but also in the traditional ones, it is clear that the market is divided. For example, Procter & Gamble is very strong in the North part of Latin America, in Mexico and the Andean zone, and you have Unilever that is very strong in Brazil and the southern zone, Argentina and Chile. This is an example of how, for many years, they have always been two very separate and distinct regions. However, the good thing about the region is that, if a startup wants to control 80% of the LATAM market with Mexico and Brazil, it is done. So naturally, especially in technology, many startups after go to Brazil after establishing in Mexico. But it is a huge challenge.”

However, there are two markets which, due to macroeconomic factors, represent special challenges. “Argentina suffered many past crises and has not yet recovered… Venezuela — we know the issues they are having… After that, the major markets that you are left with is basically: Mexico, Brazil, Colombia, Peru and Chile. With these five countries you have almost 90% of the market in Latin America, which is also relevant for an investor who wants to enter the region. An investor who is in Europe or the United States and wants to enter Latin America is usually pleasantly surprised to learn that everything is concentrated not in a few countries but in a few cities. For example in Peru, Lima concentrates 95% of the country’s offices, in Chile the same happens with Santiago, in Colombia, Bogota and Medellin, in Mexico you already have three or four cities:. The advantage of our region is that, unlike Europe or the United States, in order to operate in 90% of the market you only need to do so in a few cities.

It has been a long time since I asked any of the interviewees what is the question they have never been asked before. After thinking about it for a few seconds, he answers: “I’ll tell you the question but I couldn’t give you an accurate answer: Why have I been convinced for so many years that this is the future of work? Why did I leave my corporate career? Why, even if I have a family and I have put my personal finances at risk, do I still believe in it? In 2013 there was nothing, in 2015 when I resigned [from P&G], in 2017 WeWork came to Peru and it was also a hard battle, the WeWork debacle [in the second half of 2019], and then a pandemic,… why do I still believe this is the future?”

Obviously I think there are many answers to that question, but most common answers [although they would be enough for an ordinary person] are not founded enough for Ernesto to give himself. “I should be able to respons how I would respond to an investor, with data, with trends, with metrics. I want to give you an educated response because I am obsessed with the data and I read reports from all over the world.”

Or maybe I was wrong — he can give an answer but in a roundabout way. “I think part of the essence of an entrepreneur is that when an entrepreneur marries a dream with a vision… whatever happens they will hold on to it. The drive, the resilience developed by an entrepreneur keeps them from falling apart and keeps them building despite all these ups and downs in our industry. Obviously without being stubborn or obstinate; in fact, our dream has been adapting our vision, reimagining our target audience and format, everything has been changing but it does not change the fact that we still believe that the future of work space consumption is coworking.