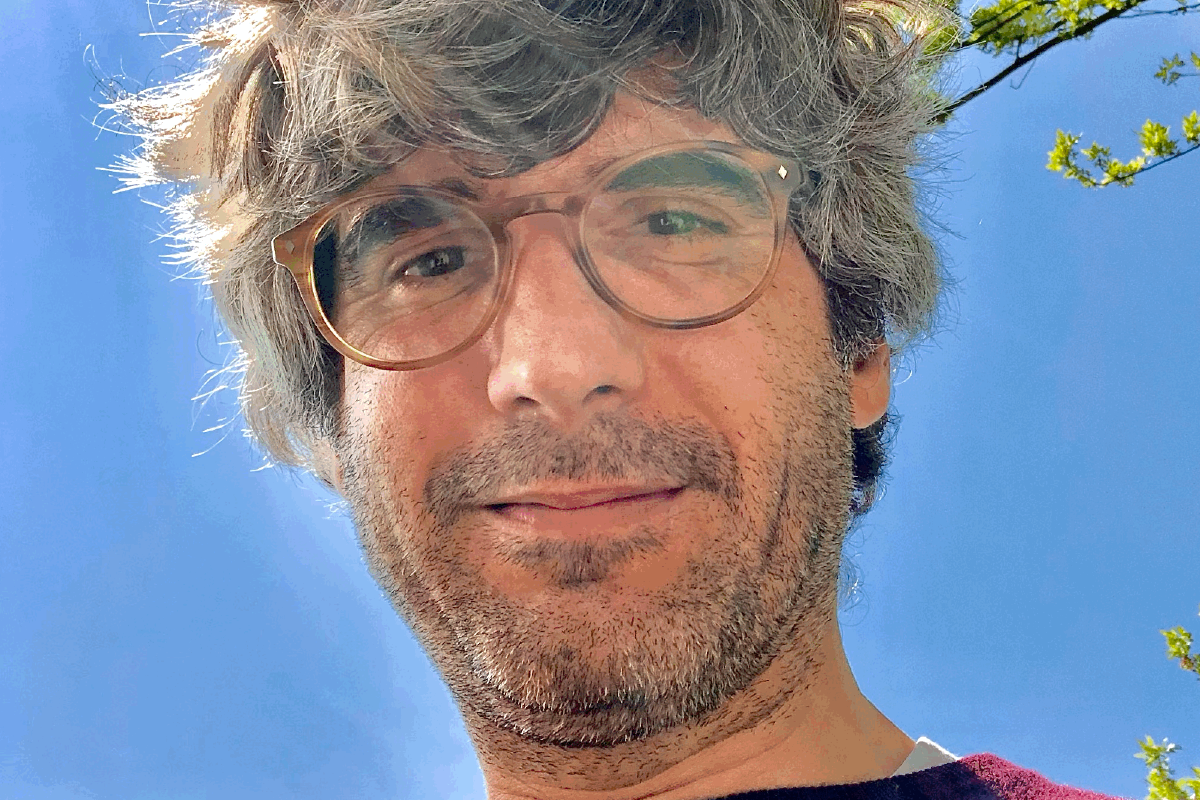 Jordi Subiras, CEO of betahaus Barcelona, is the father of two daughters and has been splitting his time between Barcelona and Germany for more than a decade. He studied finance and architecture, it was in his early years as an architect that he came into contact with coworking.

“I was working in an architectural firm that suffered a lot in the 2007 crisis. The company was shrinking until it ended up closing down. In that process I heard about betahaus from a friend, one of the founders of betahaus Berlin...”

...and the rest is history. With a business plan in hand and a benchmark under his arm Jordi gave more than sixty presentations to trusted people during 2010. “I talked to former bosses and basically to anyone I trusted and who I thought could give me an interesting point of view for the project. I was mostly looking for feedback on what they liked and what they didn’t.”

In October 2011 he created the company that would become betahaus Barcelona.

After two (heartbreaking) false starts Jordi found a building in the neighborhood of Gràcia, where today we all know betahaus Barcelona. The building had been closed for more than 25 years and was in a state of total abandonment. “The building had three floors without windows and was totally occupied by pigeons, it had no electricity or water, but the property put a lot on its side and we reached an agreement that was advantageous for both parties.”

From there Jordi put together a team and they started marketing it by invitation, looking for a certain exclusivity. In Jordi’s words: “It wasn’t exclusive but it wasn’t for everyone either. It was a pioneering phase in which we were looking for people who shared the Beta DNA, we wanted to prove that it was viable.” Once they got through this phase in 2014 they borrowed 300,000 euros and during 2015 and 2016 they completed work on the building.

One of the aspects I wanted to discuss with Jordi was how betahaus went from being the leading space in the city to competing with a new generation of flexible workspaces in a market that has evolved radically since they initially developed. Or, to put it bluntly, from being the leader in a market that was looking for open workspaces to a market where many are looking for private offices with the coworking aesthetic and culture attached.

“I have never considered myself the leader or the first of anything. We proved that it was possible to take an entire building and turn it into a flexible workspace with a community that brought value to everyone who worked there. We sought to simplify what it means to create an office, turn a fixed cost into a variable cost, and apply a model that was working in the United States and Northern Europe. We believed that workspace should be like a Swiss Army knife, we started by offering workspace but more and more services could be added to our value proposition. We made a lot of mistakes and took a lot of risks,” Jordi continues, “but we led events for world-class companies and we reached a turnover of 40,000 euros a month in events alone; we carved out a niche for ourselves by demonstrating that the model was viable at a local level.”

“We are in an industry where there are no barriers to entry. But if you apply the economy of scale and go from 1,000 to 30,000 meters, the costs are different.”

“Now new operators often enter the market either with an existing alliance or by owning their own building. They start their existence knowing that the model works thanks to our efforts and they are able to do so with fewer entry costs and lower overall costs, plus, if they own their own building, with a higher profitability: that is to say that betahaus at infrastructure level, at content level, etc. had been left behind.”

Another interesting point about Jordi's management of betahaus in his second stint at the helm of the project is how he has adapted the space to the situation brought about by COVID-19.

“We believe that the offline-only hundred-person events are over. We believe that this physical attendance is only part of the attendance of future events, so we have invested in the necessary means to enable people from all over the world to participate.”

“To give you an example: the United Nations invested one hundred thousand dollars to bring forty five people to Barcelona for a workshop on big data. We created an app to show them how big data can be used to track these migrations due to humanitarian crises or natural disasters and better understand a situation to provide aid more effectively to migrants. I think [moving a group of people at such a high cost to attend an event face-to-face] is over.”

“One of the other things that I think is here to stay is remote work, and when group immunity is achieved, coworking and flexible workspaces will be in a very good position.”

Jordi tells us that the impact of COVID-19 has been brutal: they went from making forty thousand euros a month [not including events] to making six or seven thousand a month. “The first months we did not think that this was going to last so long. We made a forecast to have a bad time for four or five months and then the situation would be contained and then we would have a normal life: we never imagined that after a year we would be in this situation. Once we realized that this would be the dynamic, we started to work not only to adapt to the current situation but also to the scenario we foresee in the future: now what remains to be seen is whether or not we got it right. Time will tell.”

Instead of going into debt, betahaus Barcelona opted to increase capital and took several measures, including a complete rethinking of the building:

“I see the future as going back to those 4 square meters per person (in workspaces). At one point we were offering options with 2 or 2.2 square meters per user.” I sincerely hope he is right because as we have seen in interviews like the one with Luis Pérez, density will become a new point of contention when it comes to health and well-being within coworking spaces.

“betahaus is moving towards the new hybrid coworking model and preparing for a second pandemic situation. Most of the measures we took in 2020 will remain. And since we have been left behind in terms of space dimensions [due to the above mentioned lack of economies of scale] betahaus, or any other small space, has only two ways left: the technological bet (to find a competitive advantage and reduce the cost of the product) or finding our differentiators. We are not going to be a cheap, but we do want to have a soul, a desire to share, a space where the social connection is very important, where there are events with beer, events where interesting people come to talk, independent people, absolutely not consolidated. But at a spatial level we want people to feel that when they enter the space sense it has a spirit that they cannot explain. We want to continue to be a space of reference, not in quantitative but in qualitative terms, because our most important asset is the people who make it up. What we are looking for is that the people who are here are feel absolutely incredible.”

And I hope, for the sake of coworking, that Jordi and betahaus achieve it.