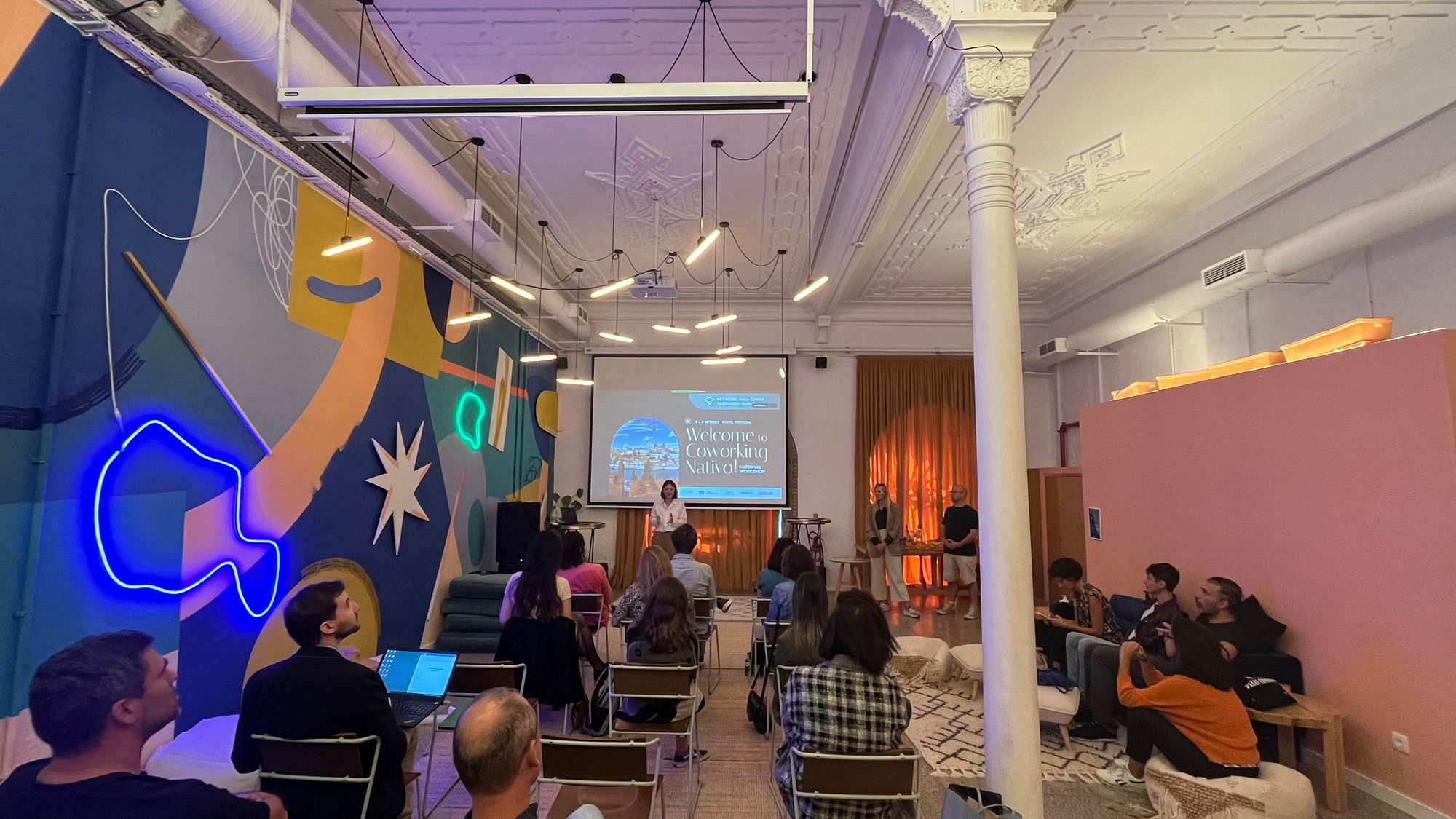 A trip to Portugal

The event itself was organized by well-known local (and international) coworking experts: Vika Zhurbas, President of the Ukrainian Coworking Association (now based in Porto) and Elisabete Tomaz, Portuguese coworking researcher. It also relied on support from Bernie J. Mitchell, based in Spain and representing the Coworking Assembly and Simone Franke, a coworking consultant based in Lisbon.

Vika began the event with a summation of the values behind coworking and the decision making process that led them to start this new coworking festival. In short summary, their goals were to exchange knowledge, understand the urban/rural development and policy implications, and lay the foundation for a Portuguese Coworking Assembly.

“The workshop also aims to promote collaboration between national academics and other Portuguese actors interested in this topic. It also aims to get to know each other better and establish a platform for collaboration and future projects”

Ilaria Mariotti called in remotely and introduced the COST Action, an enormous multi-national research project with the goal of understanding new workspaces and their impact on their peripheries. This should give communities worldwide a better insight into what coworking spaces are doing well and how they can improve.

Elisabete Tomaz, Portuguese researcher, presented some early research results on coworking and its impact on communities in Portugal. Her talk sparked an intense discussion: How many people do you for a coworking space to survive? What do people need from a space in the countryside? How do space operators approach their market research before opening a space? A lot of knowledge was shared but at the same time, participants recognized the need for more widespread and comprehensive data.

Vika Zhurbas gave insight into a very different coworking community: wartime coworking in Ukraine. The almost yearlong war has taken a toll on the industry, but not destroyed it—7 new spaces have even opened since the beginning of the war. Based on both her research and anecdotal evidence, coworking spaces became shelters (physical, emotional, and psychological) and have taken on crucial, unprecedented roles in their communities. These spaces are dreaming of peace and victory—and seek to become centers of rebuilding and play a key role in the country’s renewal soon.

Interactive workshops rounded out the event, concluding with a panel discussion featuring our very own Co-founder and CPO Kristina Schneider as well as Joana Carvalho (Founder & CEO DINAMO10) and Victor Nourrissat (Head of Outreach at SafetyWing). The panel leaned heavily into audience participation and brought up a common thread of the event: Founders who emerged from the financial crash a decade ago are now faced with the intense influx of expats, digital nomads, and the rapidly changing needs of the new faces of coworking.

Exploring spaces in Porto and their unique communities

After the end of the conference, attendees were welcomed into a selection of local coworking spaces. We took them up on the opportunity and found some real gems in the city!

Typographia Cowork is a family-owned coworking space in the location of a former type warehouse. It’s an absolutely beautiful building in central Porto’s historic center. We took a tour of the space, during which the owner Jerónimo Botelho opened the red entrance doors for us on a Saturday—normally closed on weekends—to share the story of his space.

As a structural engineer by trade, Jerónimo aimed to renovate the space while maintaining and accenting the historic foundations. During construction he discovered a gorgeous painted wooden ceiling in perfect condition—it had simply been hidden from sight for years.

Now the space is flooded with light, and you can sit in their beautiful sunny winter garden with a view over the city

Vítor Miller showed us his space which operates under a completely different concept; Temporada is a café (with interior work done by Joana Carvalho) that serves warm drinks and food, and that has some coworking features like phone booths and a pod for taking a nap. It’s become wildly popular with digital nomads and travelers by positioning itself as an entry point for people who are settling in the city

Vítor is energetic and passionate about offering a great space and a concept. He made us food, we ate together in the garden, and he shared the story of Temporada and how he loves to connect people, run shows, invite artists, cook for people. When the tour ended, the space started to fill up with musicians and attendees: a vegan BBQ + music show was on the evening program.

CRU Creative Hub is a design-forward space—when you step in you’re greeted by a bright yellow floor, prints from local artists, pottery, plants, fashion, all carefully selected for maximum impact. Right next to the entrance is a coffee brewing station where a friendly barista greets you and you can also purchase the beans from their own roastery.

Founder and Director Tânia Santos gave us a tour. We saw the large coworking area, learned about the photo and recording studios, and heard how they define themselves: CRU is a “hub” WITH a coworking space, not primarily a coworking space. They like to focus on synergies. That focus has led them to build strong community ties.

CRU was born out of creative scene, post-crisis they learned from creative street markets;  concept stores didn’t exist yet, they pioneered that concept. At the time in Portugal, creatives were mostly working alone at home; it was a transformation process, competitive, not so collaborative. CRU was created to change that.

While not technically part of the tour, Cobot CPO Kristina met Inês Petiz and Helder Vilares from Synergy Coworking at the event and visited their space a few days later. It’s a beautiful space with a large open desk area, various meeting rooms, a kitchen, and a garden. They even have a custom-built interior and decoration, lots of it done by Helder himself. Overall it was a warm and inviting family-run coworking space!

We loved learning about the coworking scene in Porto and beyond. We heard a lot of shared history, how the last financial crisis brought out a uniquely creative and resilient scene and how they are adapting to the impact of expats and digital nomadism—without losing focus on their local communities and responsibilities.

We’re curious to see more and plan to be back! 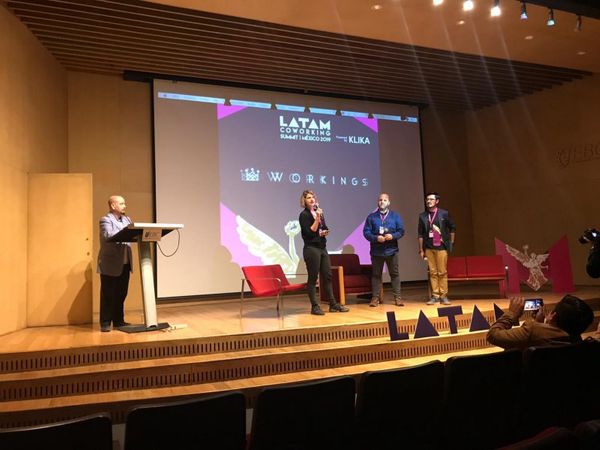 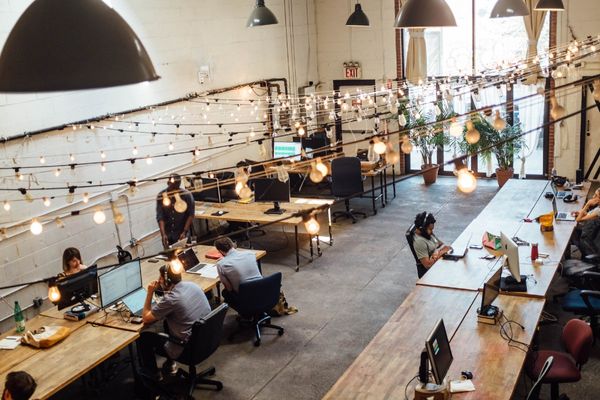 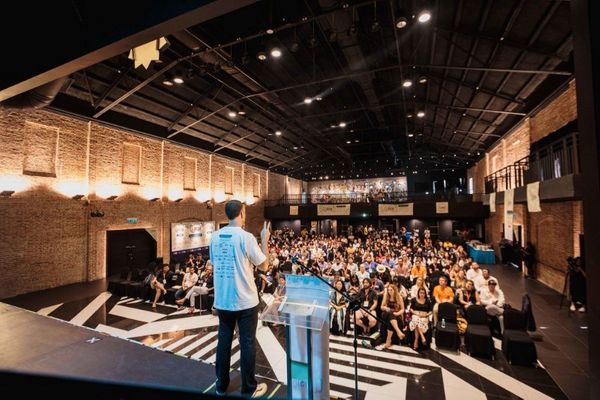