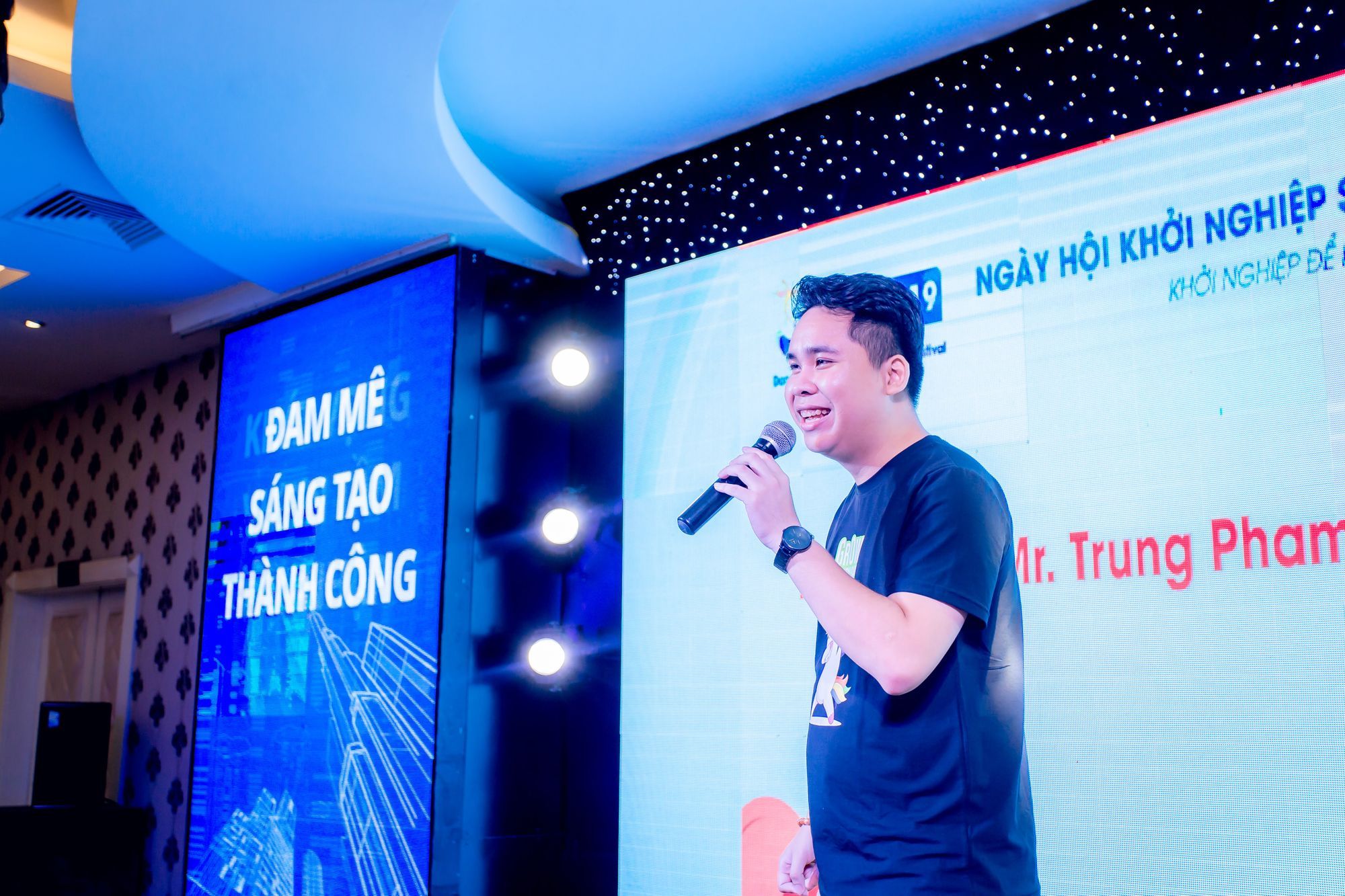 We’re going on a tour of Cobot users and spaces around the world and asking them about their current situation, advice they have to share, and what they’re doing to lay the foundation for their next steps! Today’s stop: DNES in Da Nang, Vietnam, where we spoke with CEO Trung Pham.

I’m working for an organization called DNES, it stand for that Da Nang Entrepreneurship Support. So we are actually more of a startup ecosystem builder than coworking space operator. We have multiple arms. We have an accelerator arm, we have an training arm, and we have a coworking arm. We actually have a supplier specifically with the city government. We got funding from the government and got access to some of the best buildings, not just best situated, not in capacity, but best located building to transform it into coworking space to support the community. We started with coworking space about four or so years ago, around October 2016, and since that we actually opened our second space in 2018.

We just closed the second one last year. But actually it turned out to be very lucky for us — just a month after that Covid happened.

So our policy is more in developing roles and taking care of the stuff running rather than running the front office and dealing with the community directly. So when the first coworking space was set up, I actually do everything from the back office and as well as community.

Well, that is quite a lot of ground to cover! Could you maybe describe what sets your incubation program apart?

We started an incubation program before even before the coworking space. The idea of the coworking space turned out to be a real thing when we ran the incubation program. I just thought, “Oh! We have no space to reside our company,” and we went into a situation where we were not very sustainable as far as the financials and we are running out of cash. So we came up with a plan: We can take over some of the very old buildings of the government and transform it to a space where we can make some money from it, as well as we can use it at first for the startup in our programs. And after that, we can sell the rest to the local communities. A lot of our customers are in the tech community; they want to reside in the city center.

Beside those people we also got a lot of freelancers. We used to get a lot of expats, but not since the beginning of this year; obviously so we don’t see a lot of them now.

At the moment we are blending together with the coworking unconference. They want to open the next Coworking Unconference Asia [CU Asia] in Da Nang next year. I think it’s actually on the go, the marketing launched about a month ago or something like that. But at the moment we are really worried whether in March next year people can travel or not.

How would you describe the local response to Covid? How did the pandemic affect your space and Da Nang? And what do you think is going to happen going forward?

I mean like financially some blocks, but not something really critical. Half of the customers are actually doing better during COVID.

We lost a lot of like freelance customers, which is I mean the main source of the funds for the community, and we actually had to cancel a lot of events and activities. When you actually move events online it just doesn’t work the way it used to.

It became very difficult to maintain the sense of the community, and I think that we have to admit we are at the lowest point of the center of the community at this moment now.

People are less active compared to before.

Is there anything you’re doing to counter that? Have you found any successful programs or activities that have brought people back into this sense of community?

At the moment we are still trying, we actually have been able to do some offline events since last month.

The situation is quite well controlled in Vietnam, but people are just having a really bad year and you don’t have that diversity that you want in the community anymore. I mean before that we had more freelancers to actually be the bonding element. It’s very hard to replace.

I can imagine that. So as for the space, what do you see? What are your biggest concerns for the upcoming months? Is it just to do with community, is there something else you’re worried about?

I mean, seeing as we are not growing that much we are actually running out of space at the moment. We’ll have a different one next year, it’s going to be another old government building as well. The kind of investment and money we can make from that is not actually a thing to worry about, so seems to be under control.

The thing we are worrying about at the moment is still the community and whether we can like leverage something else out of this. So, at the end of it we are still a nonprofit company. The main purpose is not really growing 20% every year but rather creating the biggest [social value] we can actually get. We are at the point where we are really worried about that and not, you know, the financial health of the company as we are doing fine.

That’s good to hear. Do you have any experiences from the past few months that have been your favorite or things you want to share about your community? Anything that was surprising?

This was rather the community, not limited to our coworking space alone. There are a lot of people in the coworking space that [are] in that community, from all around the city as well, and so there’s a story about like how those guys react and move really fast together, literally support the people in Da Nang. There was a very big flood in the neighborhood a month ago, and those guys they have like no kind of like organization to actually help, but they’re people that know each other through [work communities] and around 50% of them come from the area where the disaster actually hit. So they created a campaign to react and help the people at those areas. The speed of the bonding that the people had when they went on the stuff together still remains, and a lot of them are still in touch. My community lead is very active in those kind of stuff as well.

I mean like that story that people react in the community to fight the Covid. So we still looking for a solution. For some companies it’s very natural. For some industries it’s very natural. They are now receiving a lot of of stock and they can actually get through by themselves, but for some industries, like the tourism industry, they sit together for a while but the problem is like we haven’t seen a good solution for them to work together.

Thanks for taking the time to speak with me and I’m wishing you all the best in the upcoming months. 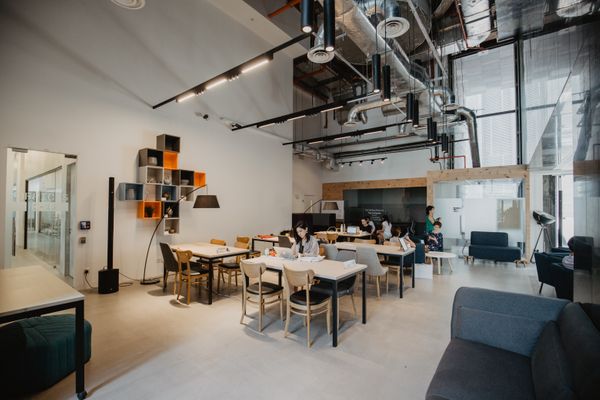 The Company Singapore: An Adaptive Multi-Location Space With a Surprising Member Success Story 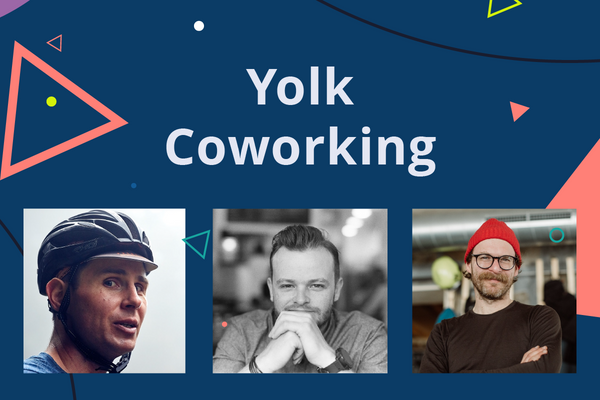 Yolk Coworking: An Expansive Vision of Community in Kraków