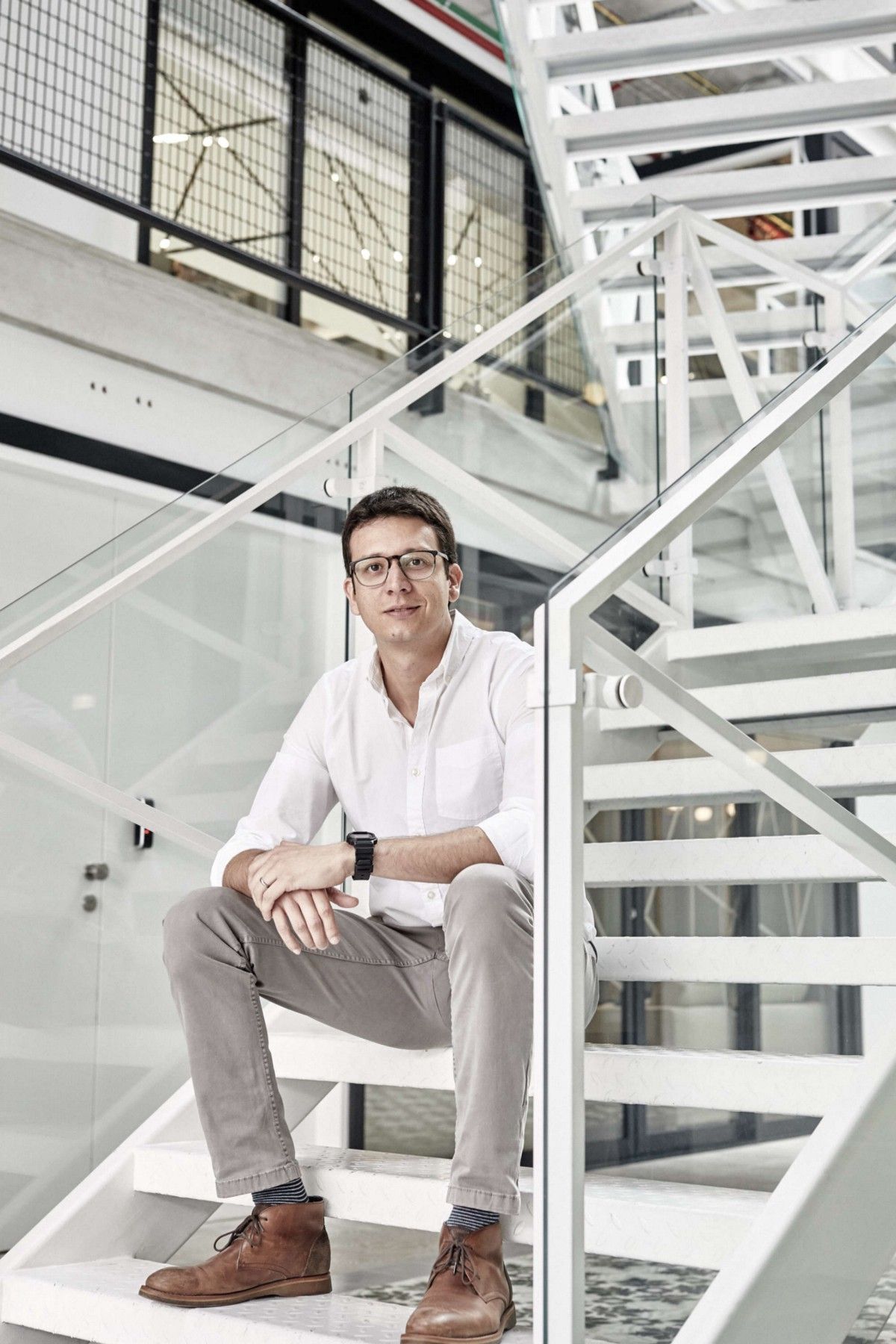 If you ask Ernesto De Olazával Co-Founder and CEO of Comunal to define himself in one sentence he might answer: “you should ask my wife to summarize it.”

After some hesitancy he does eventually manage to define himself in one sentence: “Married, father of three beautiful children and a full-time entrepreneur for the past five years.” He goes on: “I think that who I am in my personal life matters a lot, especially now that the pandemic has made us reevaluate and recalibrate our lives. I am married to Michelle and have three children, Joaquin and two twins who were born a few months before the pandemic. It has been a challenge to be locked up for so many months, but nice, because I have been able to enjoy [the twins’] first months that go by very quickly. If I talk about family a lot it is because it’s really fundamental for every entrepreneur. Without a family to support you in this adventure of comings, goings, ups and downs — I think things won’t move forward.”

As for the professional side, Ernesto’s background is in the corporate world: “I worked 12 years for P&G — the only job interview I have ever done in my life.” His work for this corporation allowed him to develop a deep understanding of the Latin American market as a whole, as well as the peculiarities of each country and city; among them the two most important markets in the region, both in general and for coworking in particular: Mexico and Brazil.

During this stage of his life Ernesto, during the nights and weekends, embarked on different ventures: “I opened a restaurant with some friends, I got into the world of the real estate… and one of the things I ended up doing was coworking. One of my friends proposed the idea and we started doing it.”

There those ventures grew and he became aware that the time had come to take the next step: “I realized that you can’t do everything right: have a well-balanced family, work in a corporation and have a venture. So I quit and dedicated myself to my ventures. And within them I focused specifically on Comunal.”

If you visit the section Who we are? (What do we believe in? in the Spanish version) on the Comunal website you will receive this inspiration message:

“We believe in the co-creation of a better future” and, just below that, “Spaces + People = Comunal.”

To me this defines the essence of Comunal and, in a way, is a reflection of how Ernesto approaches things: pure inspiration followed by a definition so basic that it is captivating. However, if you know me, you know that it is impossible that I didn’t ask about what coworking means to Ernesto and what changes this philosophy has undergone from that now distant 2013 to the present.

“We started with one location in Lima. We only had the capacity to hold 25 people. We were in Barranco, the most hipster, most bohemian area of Lima at the time… it was a very good place to start.” I agree with Ernesto: today the sector is very different, but at that time, the spaces that stood out across markets had been created in areas similar to Barranco.

Now, nearing the end of 2020, Comunal has 3500 desks and, as Ernesto tells us, going from one point to another represents a great challenge. “Beyond the operational or sales challenges that are typical of any business, the real challenge is to maintain the essence. It is to maintain the magic of small spaces, that magic that has to be there with a small team that understands the culture and life and that transmits it to each one of the 25 people we had… How can you make sure that it doesn’t get lost in that path of growth?”

The answer that Ernesto has found to this challenge is to humanize the work spaces, to make sure that the space is not only a nice office but also that the people who are part of it (the comuneros) form a connection with the Comunal staff.

“As a founder, part of my job is to make sure that this magic is not lost. Part of what sets coworking apart within the real estate industry is that we humanize workspaces, including the service.”

A question I love to ask is what moment has been most challenging part of their expansion; was it more complex to grow a lot in the same space, to manage two spaces at once, or to make the jump to another city or country? Far from the go big or go home that others take as a mantra, Ernesto points out that, in the end, everything depends on what you want to achieve. There is no one good answer for everyone.

“We believed that by having a chain of spaces in the city we generated a network effect; you not only get to apply economy of scale in your costs, get better spaces and better prices in the best locations, but also your community is bigger and more diverse. With those ingredients you gain greater benefits for your community.”

When they began their expansion they opened branches in different districts of the city of Lima to test their model and demonstrate that it worked. “We advanced from the most bohemian district to the financial district and in that growth we learned to adapt to each type of client.”

“We learned how to dress to do the tours, improve the website, and dress up the interior design while always respecting the essence of the brand; but if we had the objective of being a chain with a presence in all the locations of the city, we needed to understand each location.”

“They are two different paths. I have friends and acquaintances who have only one location and it has its own magic and space in the market. For me today, Comunal’s positioning in the market makes very difficult to attract freelancers. A space with one or two locations has a better chance. Why? Because clearly in that kind of space the sense of community is much stronger and freelancers need just that.”

And I can’t help but admire that, for the first time, a CEO of a large coworking publicly admits this to me. For them, Ernesto tells us, it was a strategic choice. And in my opinion, strategy consists of understanding that every decision involves trade-offs; when you bet on something you are giving up something else. In the case of Comunal they lost the freelancers but gained the positioning and orientation that allows them to attract medium and large companies. “That also made us refocus on who we connect with. We can’t be attractive to all customers.”

At Comunal today they are focused on corporations and medium sized companies, but they always seek to keep startups. The reason?

“Startups are part of the essence of the brand, they are part of Comunal’s value proposal. Part of our objectives is to push the entrepreneurial ecosystem and we do it through the spaces, the generation of communities and the network between spaces. It is something that no matter how much Comunal grows it will never lose.”

Continue reading in part two of our interview.