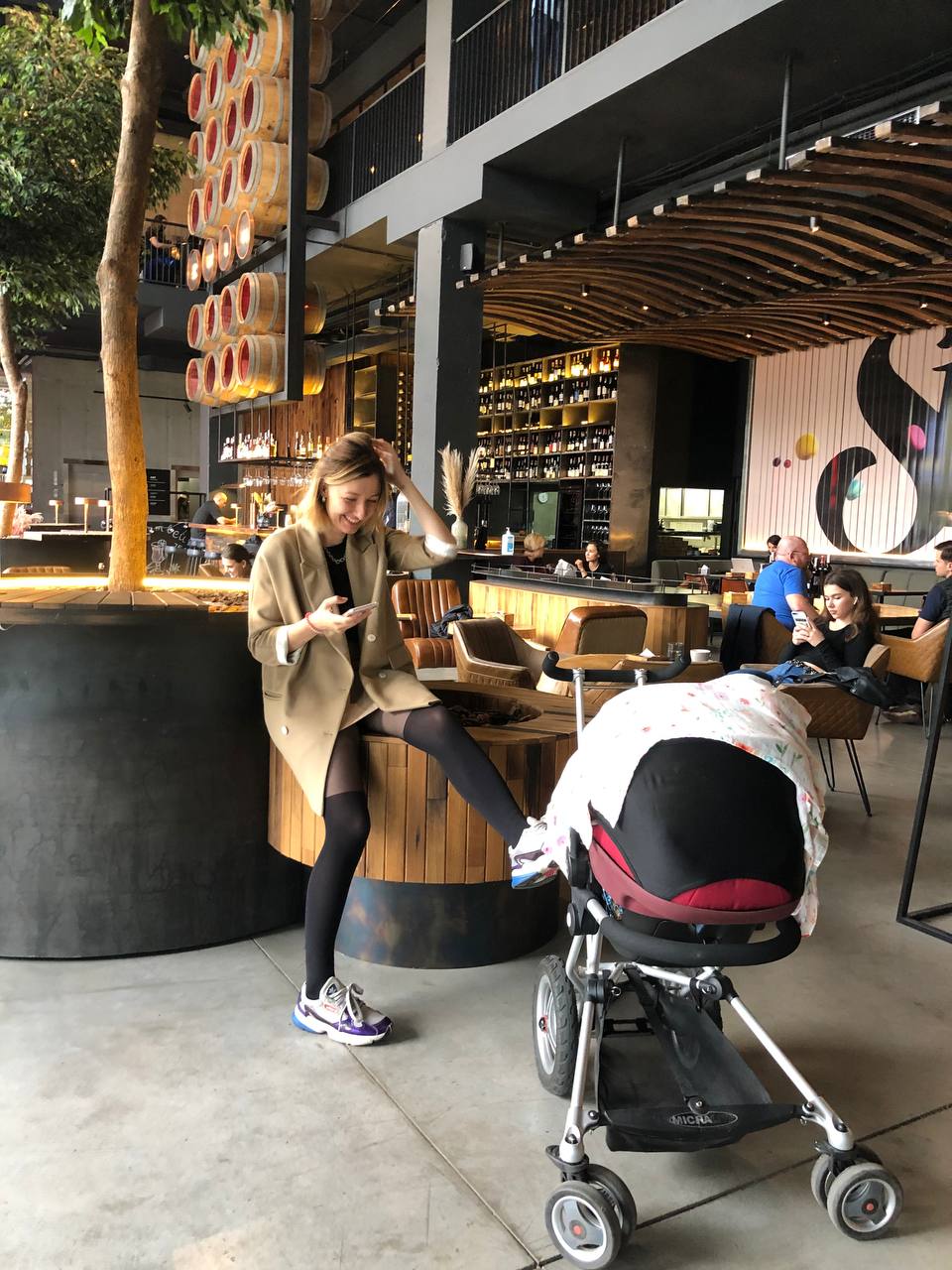 When you first meet Vika Zhurbas you might be struck by her look of curiosity and friendly smile. Vika’s coworking story begins right after she graduated from university in Greece, when she came into contact with the coworking world through her event work for startups, incubators and other stakeholders in the tech world.

After living in places as diverse as Konstanz, Thessaloniki, Tallinn, Moscow, Ko Samui and others, she always returned to Kyiv. Back then “I didn't want a permanent job, I didn't have the money and took a job at the Anticafé in her hometown.” The way it worked was very different from a conventional coffee shop in that you pay for the time you spend there, so no one is in a hurry to throw you out in order to make the tables more profitable. However, Vika, who had tried different strategies to increase the volume of business, was not happy with the profitability (or lack thereof) and decided to offer coworking memberships on the second floor of the premises in order to have a fixed income that would provide a more solid revenue base and some security.

While working at the Anticafé, Vika continued to organize events and put her focus on community building—but it was already clear that coworking was having an impact on her life.

“I met my husband in the space, married him there, and had our three children as a result.”

At one point, however, she decided to accept an offer from a major tobacco company and went to try her luck in a different industry. “Everyone in Ukraine wanted to work for them then. Looking back now, I'm not proud of having worked there, but at that time I wanted to try working for a big international corporation and it seemed like a good idea.”

After that experience, Vika moved to create hackathons for the “amalgamated hromadas" program, a part of the U-LEAD with Europe project.

“Working on the decentralization of Ukraine, we had to create hackathons in villages, which in many cases proved somewhat complicated lacked the dynamic energy to be able to generate these dynamics.”

Then in 2018 New Work crossed Vika's path. A 1000 square meter space was going to open in Kyiv and they thought, who better than Vika to run it?

After two years of being in charge of the construction, design, and general getting-a-coworking-space-started labor, the space had to close its doors in 2020 due to the impact of COVID-19. However, the true story of this space goes beyond a simple summary.

“The space was in a shopping center. The location was chosen because it was just in the city center, but the area proved little more than a ghost town. During the 2014 war, the promenade in front of this mall was the site of attacks and a lingering result was that no one wanted to go there. My team did a great job by promoting it and gathering the best minds and companies here.”

Vika was inspired by Second Home so she sought to incorporate plants into the space and other elements that made New Work known as the green coworking or wall coworking. “I didn't have much of a budget so I told my friends to give me their plants, I promised that I would take care of them. And the truth is that the good vibes in the space meant that, despite the lack of natural light, they grew a lot. We also brought in artists from Budapest and one from Kyiv to make murals on the walls.”

Obviously I couldn't miss the chance to ask Vika about the differences between the two communities. She went from a 270 square meter space to a 1000 square meter space, from a space with a very high percentage of people on pay-per-use schemes to a space that relied on freelancers and small businesses. What did she feel were the biggest differences?

“At New Work the community was less strong compared to Anticafé. We used to have 10 or 15 people in at a time, but we were still making a community. There were a lot of people who came to work and didn't want to have to spend more time there, so we moved to lead events outside the space so that those people felt more comfortable.”

That all came to an end with the impact of COVID-19 on New Work. Vika focused on her family while undertaking new projects, a key project was creating the association of coworking spaces in Ukraine.

“I started thinking about an association at the end of 2019 because I didn't understand how it was possible that space managers could promote collaboration between their members but we weren't collaborating with each other.”

And that's how she began forming a community that would encompass coworking space managers across Ukraine.

“We were formed in March 2020 and in September 2021 we held the first coworking conference in Ukraine. When people ask me why I did it, I used to struggle to answer, but now it is clear to me: when things are going well nobody sees the need for such organizations, but when everything breaks down, an association is what allows things to keep going.”

Vika continues: “Having an association has given us visibility. It has allowed us to go to conferences and talk about the war ravaging our country. It has also allowed us to organize the efforts of the spaces to be able to continue helping those who have stayed in Ukraine and to contribute to the subsistence of our country.”

Without the association, Vika tells me that she would “just be Vika," but now in her new role she can contribute to making things a little better for her country. “The idea of working with everyone was not new to me, but it is true that under the current circumstances it makes perfect sense. When Jeannine (Jeannine van der Linden of the European Coworking assembly) is asked why someone should create an association, she tells them to ask me! If I hadn't had the idea of creating an association two years ago, we would not be able to organize all the processes so fast now.”

Vika’s reflection on the lack of collaboration between managers of flexible workspaces is not new to me. As a sector matures within a market, structured associations are generated that promote the sector from a more traditional perspective. However, Vika’s passion for creating an association that brings together a nation's workspaces is inspiring to say the least. The key component? Having a person at the helm with the commitment and passion that Vika demonstrates, because that passion is what brings people together.

“I believe that coworking spaces are the best place for formation of new communities and keeping them alive.”