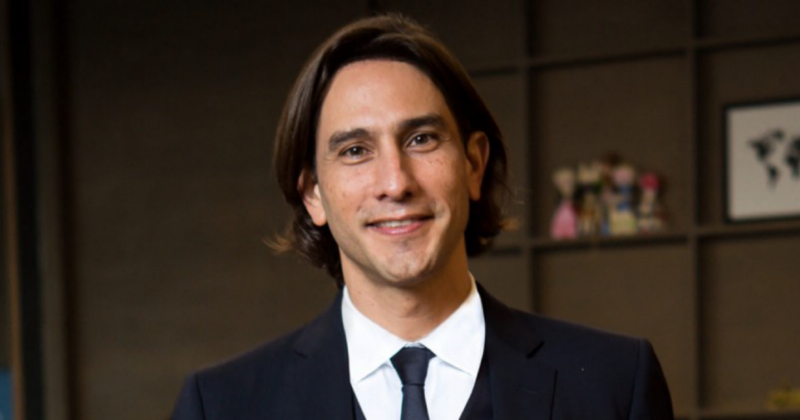 If you were to ask me about Javier García Iza, my first thought is of Javier smiling while he tells you something about his passions like sports, healthy living, or helping the disadvantaged groups that work out of IOS Offices. However, there is also another Javier, the one who asks insightful questions and patiently listens to your response. These are simply two sides of the same coin that is Javier.

Javier co-founded IOS Offices, the company that today leads the Mexican flexible office market, with his brother Adrian in 2007. As of September 2019 they have 36 centers throughout Mexico (Out of modesty Javier does not tell us this fact, but we have done our homework). Among his audience sit some of the most important companies in the country and even some political leaders who, thanks to IOS, see coworking as something trendy.

Javier and his brother are not newcomers to the industry. In 1996 Javier started in the sector as an HQ franchisee (which would later became Regus). After working outside the sector for a while, they both set forth to tackle a new challenge: creating a coworkifng space from scratch: “During my previous years I saw as an insider how my [current] competitors worked. When we designed IOS, we thought of everything they were doing wrong and how this offered us an opportunity to differentiate ourselves in the market.”

Their insistance on quality began before the space even opened. During construction, they decided to spring for the more expensive, but much better, isolation panels for the private offices. Javier elaborates: “Just before opening we decided we wanted to do something special for our soon-to-be members. We managed to reach an agreement with Herman Miller that allowed us to get their top-quality materials up front and pay them over six months.” The bet paid off for both parties: The García brothers filled their space in a month and today all IOS spaces have the North American brand furniture inside. He also confesses that they started off with $20 coffee machines, although they now buy the best machines on the market.

The reason for all this is the positioning of IOS within the Mexican market. IOS aims for the premium sector and makes few concessions. It is clear that this strategy has worked for them, but in reality if we limit ourselves to talking about the chairs they have or which coffee machines they buy, we will only be left with the facility management and commercial appeal – but that is only part of the story.

When I met Javier and I heard him speak at the Cumbre Latinoamericana de Coworking in Valparaiso, Chile, what caught my attention was the social activity of his community. Many operators prefer to dance around the topic, but not Javier. The truth is that in a community in which companies and teams represent a high volume of total space members, collaboration and cross-team interaction plummet. In fact, at the Coworking & Coliving South East Europe Conference we recently attended, they shared some figures that speak to this fact (which is probably already clear to coworking managers): In coworking spaces, the percentage of people who have collaborated with others in spaces with freelancers is a factor above workplaces made up of company teams.

Thus Javier’s persistence has led him to instill in his team the need to develop a community that, although it will obviously respond to the needs of its members, gives special attention to groups that other spaces neglect. One of the strategies he shared with us was this approach: “Those who use only virtual office services are frowned upon in Regus or HQ. However, at IOS we understood that they were people who simply did not need a space permanently.” That is why in 2007 they decided to dedicate a space of 400m2 (from a total of 1200m2) to the virtual office users completely – and saw how it filled completely overnight.

Group breakfasts, an app for members, social events every Thursday, and a bar in each of the IOS headquarters are part of the Garcia brothers’ secret recipe. Another part, which I think they take for granted, is the mix of membership that they achieved by welcoming groups that the rest of their competitors – as he tells us – ignored. Because in the end, when a coworking project reaches the size of IOS, the only approach that makes sense is to serve a wide range of people; whether freelance; corporate; startups; elected positions; or remote teams. During the conversation, he tells us several anecdotes without losing his characteristic, perennial smile.

“The perfect recipe does not exist,” he explains, “but I think the ingredients that we should always keep in mind are quality, humanity, location, and striving to achieve excellence in every little thing you do.” Hearing an opportunity in the conversation, we decided to broach the delicate issue of how they handle their team.

I had heard that Javier and his team developed a program for IOS staff to have challenges and rewards. In the case of super-high performers, that can mean a group destination event, somewhere sure to leave the rest of the team jealous. I tried to push the issue to see how he felt about their practices, but when I insisted on the issue he simply got up and toured the entire office introducing me to the entire local team. Someone who is not sure of their work and their team simply does not do that.

And the final question we ask ourselves is, is all this effort worth it? It must be so, because between 60 and 80% of its members are brought into space through direct recommendations from members. A truly stunning percentage that speaks to what we have leaned, both in this interview and outside of it: IOS Offices is a great example of what passion, creativity, and a lot of hard work can create.