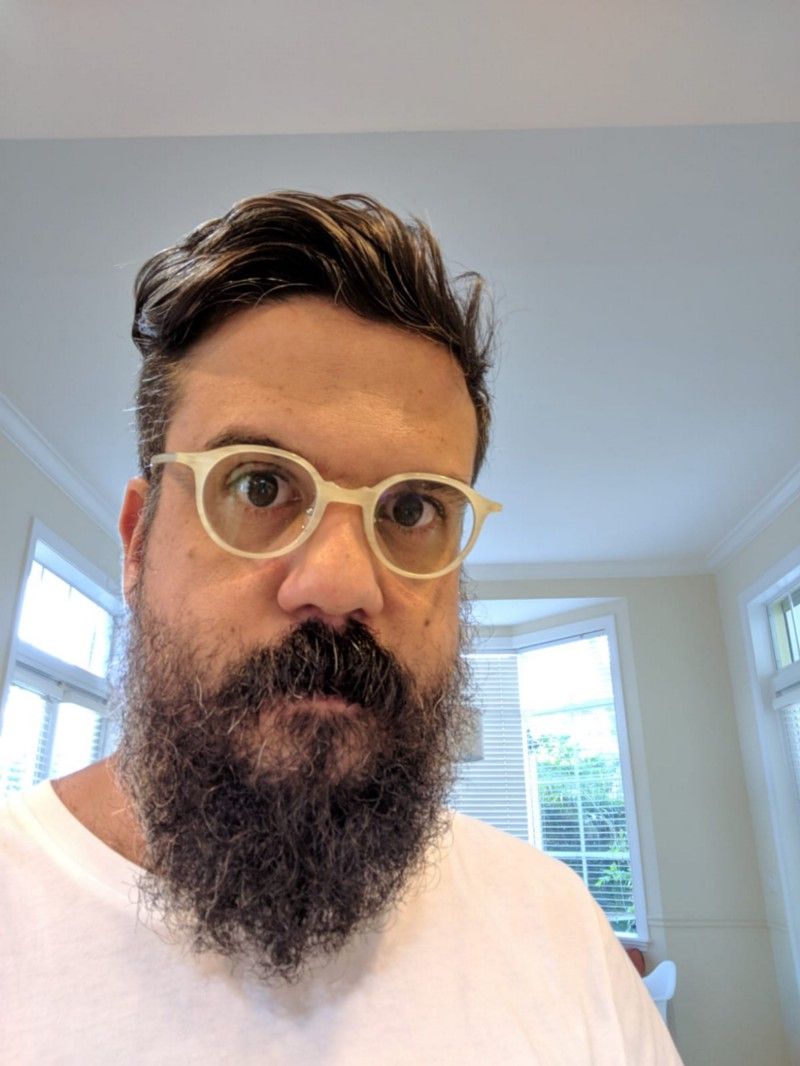 Sometimes it is worth stepping back and appreciating how lucky we are to work in an environment like coworking, which is constantly putting us in contact with interesting and unique people from around the world. Fedor Saldivia is one of them. His backstory is difficult to pin down: a lawyer and a self-proclaimed geek, he is also a legal tech specialist who works in technology-related investments. Fedor is not a newcomer to the tech world. In 2012 he created what he defines as an antisocial (social) network called Wekho that focuses on content and locations instead of people: “at its core are the locations and things that people share, not the people themselves. This separates it from most social networks in which users vie for personal notoriety.”

Fedor and his partner Luis Miguel Bevilacqua founded FinHack in 2016, a company that helps financial institutions by offering them their own blockchain-based products. The company was growing and, although Fedor was already in Miami, he decided to operate out of Venezuela and India, where the costs and difficulty to find programmers are much lower than a market as competitive and dynamic as the United States.

They created a space where they could install their Venezuelan development team in Miami: “we wanted to bring them here to Miami, offer them a space to work and then give them a job.” This strategy, however, solved only some of their needs. They soon realized that they also needed a space where they could receive established CEOs, and they did not feel like they could do it in the space they had created: “we needed to have another space because the Americans need the whole show, and we don’t want to mix our type of coworking with CEOs.” After looking around Miami for a suitable location they finally settled on WeWork.

The next step was natural, spurred on by the current situation in Venezuela that has left a great deal of real estate available cheaply: open a coworking space in Venezuela. They rented a five-story building in Caracas, of which they only needed three. They began working the creation of a coworking space as well as an auditorium on the ground floor and a studio for youtubers — and that makes up We Code.

At that time they began to investigate what other coworking operators in Venezuela were doing. They found that most spaces work on hourly rates, trying to maximize the use of space at low cost for users. “The coworking spaces you find in Venezuela are super cool environments, but they are crowded by Latin American standards. We are used to having more space between tables and a lower general density in public spaces than in the United States or Europe.” Fedor and Luis Miguel wanted to do something different, based on their different vision towards coworking: “we do not see coworking as a business model to be exploited, we see it as a tool to help the country, we see it as a lever to attract people and make it easier for them to get a job. And if it works,” they add, “we’ll do a spin-off.”

Inevitably, our conversation turns to the situation in Venezuela and what Fedor tells us guides his way: “the country has difficulties for decades, but people are still living: there are still opportunities, and people continue to live their lives. There is corruption and hyperinflation but the situation has made people more creative and looking for ways to do business outside the country. Unfortunately, there are many young people who leave the country in search of a better future.”

Regarding coworking, Fedor believes that “the lack of cafes, the lack of security, the problems with the internet and electricity have made spaces that are a hybrid between coworking and a café flourish. They guarantee internet connection, electricity, and security. They offer a cool environment in which to work the hours you need.” When talking about the developments they expect to see for coworking in their country, Fedor says “it will grow a lot. There is a need and it can also become a trend. Although the needs here are far different from standard global ones, as they currently only seek to have a pleasant space and a good internet connection.”

We like vibrant coworking in all its shapes and sizes. If you visit Caracas and you want to find a nice coworking space to work from We Code is a great option.