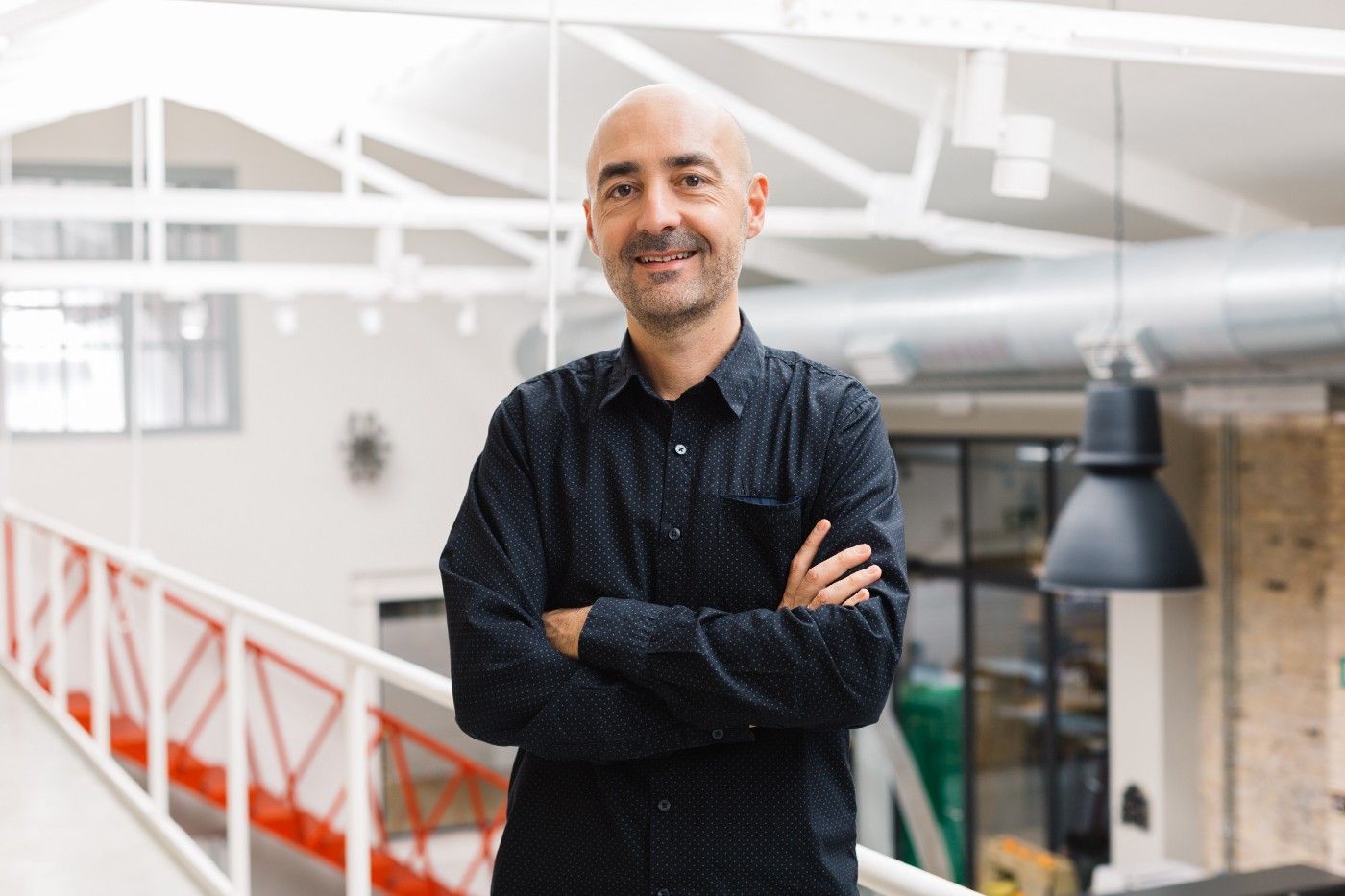 A coworking space is a reflection of the people behind the project. In the case of Wayco, that would be Nacho Cambralla and his brother Víctor. The character and vision of both have formed the foundation of a unique coworking brand in Valencia.

Nacho, who is trained as a computer engineer, realized quite quickly that his strength was in management and organization. “I have always been a jack of all trades and a master of none.” In the end, he explains, it is about having a broad vision of the business. After working in different traditional sectors, he began working as a freelance consultant in Human Resources, one of the areas in which he had focused his transition process. “My brother Víctor, an investor in traditional sectors, began to learn about coworking in 2012. A year later, I worked from Wayco on my consulting project that did not quite work, in 2014 my brother proposed that I take over Wayco — a position that was made official on January 1st, 2015.”

To talk about the beginnings of Wayco, we have to go back to 2012. That time was difficult for freelancers and small entrepreneurs, due to the slow recovery that Spain had from the 2008 crisis. Wayco had to be a meeting place, “…a space where you could have resources, contacts, information and knowledge at hand. We wanted to create a community of professionals and Víctor wanted to contribute his expertise in the business world.”

In the early years things were complicated; the concept of coworking still had to be explained and not everyone understood its value. The Cambralla brothers, at that time, did not even know if it was a business model that could be profitable in the long term. However, observing what was happening in Madrid and Barcelona, and thanks to the progressive change that Valencia was beginning to experience — the municipal government worked hard to put the city on the map at the international level by promoting technology related programs and events — they realized that they could broaden their focus to include a new kind of demographic beginning to gain critical mass in the city: international professionals. “In 2016 we changed our proposition: we began to do international coworking. We had learned to better define our target audience, we understood the business model better and that the city had changed. Focusing on business tourism was an easier sell, foreign clients know the service better.”

At this point, with a broader target audience and after operating Wayco Ciutat Vella for more than three years, and with growing demand, solid customers, and a profitable business model, they were already clear about what they were looking for: “Our first building was a choice destined to minimize the risk. We could choose between a large warehouse that required a lot of investment or a building with many smaller floors but that was ready to move in. We decided to minimize the investment so as not to have as much risk and start faster.” However, if you have managed a coworking space with many floors, you will know, like Nacho (or myself), that this verticality makes management difficult, increases costs, and damages community creation. “We were looking for a place with only one floor and that had a soul… It is like a couple… it should make you fall in love, it has to flatter the eye.”

And that’s when Nacho found what would become Wayco Ruzafa, an old printing shop that they renovated and and would later expand into an adjoining cinema. This space not only had a soul, light, high ceilings, enough space and a good distribution to hold events — but it is also in the ensanche district of Valencia, a well-located neighborhood with a lot of activity and pleasant streets. It also has Wayco’s must have: a cafeteria and a private outdoor space.

Regarding the rental of meeting rooms and events to outsiders, which represents 20% of their revenue, Nacho tells us how difficult it was for them to identify the target audience for this service. “It took us years to find them. Finally, in 2019, we began to make a name for ourselves and we soon became the natural solution for national and international companies looking for a creative, innovative, and inspiring space.

The lessons they learned from managing Wayco Ruzafa are also important: “in Ciutat Vella the community is 80-100 people, it’s manageable. Moving to a community of 220 is a daunting challenge and we believe that anything more than that size starts to lose its meaning. You don’t have to keep chasing the next member milestone because you start lose your sense. “ This is why when they looked for a substitute for the first space they decided to close, they looked for a smaller space that was attractive to the Ciutat Vella community that preferred something more familiar.

There is another thing that I deeply admire about their recruiting policy. In 2016 Nacho decided that the Wayco team should reflect the new, broader approach at the community level. “As a team we begin to internationalize, we forged a multicultural character. When we hire there are four layers that we take into account. The first is individual background, the second is professional skills, customer orientation, the languages that the person masters and their experiences national or international in other professional sectors. The third layer depends on possessing the skills or profile necessary for the functions or role that person should play in Wayco.”

The fourth is at the team level: “We try to have a balance between introverts and extroverts, between analytical and synoptic… in short, we try to have a diverse and complementary team. This way you get a team like the one we have, with many different profiles but with many things in common.”

COVID-19
In these times it is impossible to talk about anything without mentioning COVID-19. I asked Nacho about the effects of the pandemic on Wayco.
“Obviously the effect has been very strong due to the ease of which members can unsubscribe. In March and April we saw how far we could fall and it was a drop of the order of 50% at the coworking level — and the rooms to 0%. They will take a long time to come back.”

The measures they took were on the one hand to safeguard the project
financially, and later they began to reinvent the space to be able to reopen while making coworkers feel safe. “We have looked for information in expert sources on the subject to see where to go and to be able to offer confidence to the client. We know that sooner or later they will need us; some have taken two months, others will take six or nine months but they will return at some point. What happens is that on the way there is an economic crisis and until they can bear the cost they will not return.”

The good thing about all this, and I agree with Nacho in this, is that these uncertain future make coworking a much more appealing solution. “A new company customer profile is opened to us, of all those who until now did not consider coworking as an option, but that in this uncertain times the flexibility we offer is very attractive. We are cautious, we are talking September-January (although we are already beginning to see a trickle of these requests in Madrid and Barcelona.) Our business is viable and sustainable but we have to overcome this 6-9 month slump in order to continue with our line in 2021.

Wayco has been in a state of constant evolution in which the concept has matured at the same time that the concept of coworking itself and the city (and its target group) matured. In this evolution they have managed to maintain both the essence of themselves and of coworking. “That essence, which we have always wanted to maintain is because in addition to being managers and owners of this business, we enjoy what we do. If I start to evolve the business model to fit profitability per square meter, I will become a real estate agent, and that does not suit me as a person. However, I feel amused and enriched as a human being when my business continues to respect the essence of coworking, of people, of community and sometimes forget a little about profitability, the square meter and the density ratio and other metrics… what is cool is enjoying the journey: in the time I’m in this business, hopefully a long time, I want to be enjoying, learning and having a good time.”

The Pictures in this post are from Raquel Cambralla.

To all of you feeling the medical, psychological and financial pressure of the current COVID-19 situation… my heart goes out to you. We’ll find our way together 💪