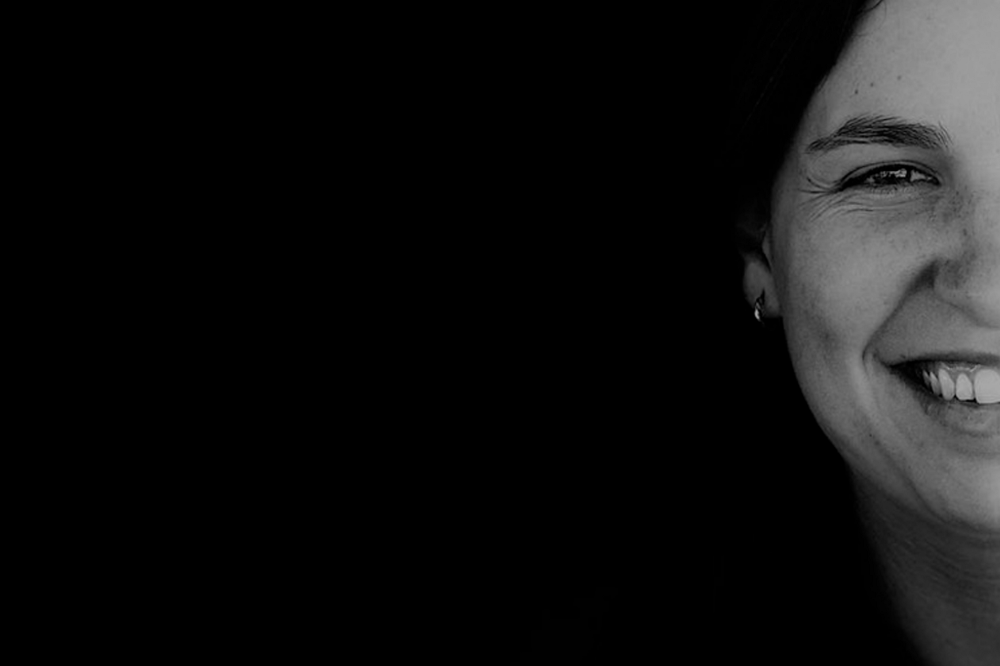 Valeria Juarez, or “Valita” as everyone knows her, trained as computer engineer and defines herself as a lover of design, technology and fishing.

About 10 years ago she started working on front end development at Mercado Libre, and although it was the “dream job,” she was not happy: “My orientation was UX and in the interview I told them that I did not like development.” A year later a mining company offered her a job. “It was well paid and it would allow me to make real my dream of creating a marketing and advertising company.” However, after an audit, the company shut down before Valita even joined. “I had always dreamed of starting a business and instead of going back to Mercado Libre, which would have been the easy option. I decided to finish my thesis and recover some of the graphic and web design clients that I had since I was 16 years old.” During one of these assignments that she met Startup Weekend and got her license transferred to the province of Mendoza.

“I was determined to do it in San Rafael, my hometown, but they convinced me that it was better to start it in the provincial capital. We failed with great success.”

However, in the second go around, with the experience of previous failure, and the support of the Inter-American Development Bank, it was a complete success. In the third edition, she managed to bring the event to San Rafael, her initial objective: to help people in her city (and province) who wanted to start a business. After a few years, with seven location organized, and two more as a mentor and having created the first Startup Weekend Youth in Latin America, “I retired to make way for other people to take over from me.”

In all this process, however, she realized that what they needed was a coworking space where startups could work. Valita, who also taught at the university, met a student who was creating a coworking space. That space, which would become a Tribe, was where Valita began her coworking journey. “The project had its ups and downs, because my student got a job and left the project. The rest of the partners considered closing but instead they decided to offer me and my partner (Valita had achieved another dream by creating her marketing and advertising agency ) and another coworker the opportunity to join the team.”

The space, however, did not inspire her, so in one weekend they painted the whole building and decorated it with things they found in their own houses.

“That’s how I began to live, suffer, and enjoy coworking.”

It was December 2015 and they gave themselves until March 2016 to reach profitability — which they did. However, Valita tells us something that we have, unfortunately, seen many times: “We did not charge for our work, we exchanged our work for our office.” These situations, although they are beautiful, have a relatively short life. Valita felt that it was worth it because she met a lot of people and opened doors for them. “Coworking didn’t pay me but it connected me with a lot of things. Our work in Mendoza, for example, earned me an invitation to the Latin American Coworking Summit (it was held in Valparaiso, Chile, in 2019). I enjoyed giving an office to people who wanted to create a company, I helped people to start.”

But as she says “I turned 30 and I matured, I moved to Mendoza for love and I continued working with clients of the agency, led entrepreneurial training classes at the university, and I looked for a job.”

In 48 hours she went from an interview to being hired as an Office Manager at Campus Olegario, a coworking space in Mendoza aimed at technology-based entrepreneurs.

“The bad thing is that after 16 days of working here I had to start sending emails to people that in some cases I didn’t even know to tell them that we were closing due to COVID-19 and that they had to pay 50% of the fee.”

But before getting into that, let’s talk a little about Campus Olegario. A space founded in 2016 with 400m2 with an expansion that allowed them to have a private patio and in the additional size they could accommodate an academy.

How Olegario started is a story Gonzalo Innocenti (Olegario’s co-owner with Valentina Terranova) explains to us. “I was working for my own company remotely and I traveled and worked from the most important entrepreneurship ecosystems outside the US. After that I came back home and when my company rental contract ended I decided to rent a bigger space to create a proper coworking space in Mendoza to allow any person starting a business work as if they were anywhere in the world.” The next step for him was to create the accelerator Embarca and a venture capital (in which he’s still working).

Although with some exceptions the technological orientation of Campus Olegario is quite clear if you look at its directory. It began its operations in Mendoza Mercado Libre, Cabify Mendoza has its office there, as well as a Cárbula or Olx auto or Prolube. “We also have Slingr who develop Apps for the US market or various groups of developers who work from the open space.”

“Before working at Olegario, it was already a space in which I wanted to work because it has everything a coworking space has to have. Of course it has good facilities but above all there is the desire that, more than an office, they feel that they are at home.”

Olegario closed for two months and afterwards they had to make the decision to open or close permanently. “In the end we decided to open and we all adjusted so that things worked because many had left the office and were working from home.”

However, when we ask her about the future, Valita has an answer that I share 100%.

“Many people cannot work from home and many companies that left their offices and know the struggles of managing one will think: I’ll pay for a membership so I don’t need to take care of an office anymore.”

The reality is that at the moment this vision has begun to come true, because this same November, the offices are sold out and the open area as well (of course with maximum density adjusted to COVID-19 figures).

Additionally, as an important part of this vision, Valita tells us that there are already three companies paying for several memberships in the open space so that their workers who are working from home can go to Olegario when they need it.

What we hope is that in Mendoza and in the rest of the world we can soon see coworking spaces shine again, not just as they had before March, but even more.

In the meantime, we asked Valeria to tell us the answer to a question that no one had ever asked before, and that is why she enjoys coworking and guessing her answer:

“it makes me happy to see new synergies and new contacts being born in coworking, it is to feel that I make the people who undertake in my province happy.”