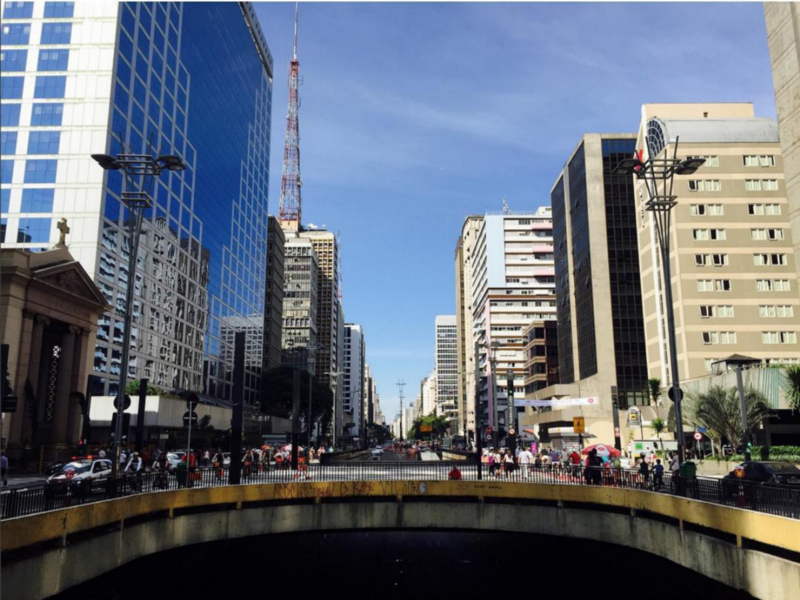 Last month I went solo on a trip south to ECWBR 2017 (Encontro Coworking Brasil) in — my hometown — São Paulo. This was the first time someone from our team got to go and we were super glad we got to sponsor and participate in the event!

Held at CUBO coworking, the third annual edition drew in 150 coworking founders from all over the country and still over 150 people were left on their waiting list, so I was more than happy to have made the cut.

For those who couldn’t make it, here’s a recap of what we think were the most important topics:

It’s all about the connections

The theme of the conference was “Coworking são conexões” - or rightly translated to English “Coworking means connections” - which perfectly resonates with how the event is run. This isn’t an event organized by an external organization. Encontro Coworking is a non-profit event organized in collaboration by local space founders who volunteer every year to make it happen. Yes, this means that apart from the last minute food buffet crew, everyone working on the event was a space owner — how cool is that?

After a welcome from Anderson Costa (Movebla) and Flávio Pripas, our host from Cubo, the first conference session started with an inspiring talk by Ana Fontes.

Ana came from an underprivileged background, and yet she managed to get a high executive position in a multinational company only to quit everything later to become a solo entrepreneur. She opened one of the first coworking spaces in the city in 2012 — named first My Job Space and then Natheia Coworking — dedicated to female entrepreneurs.

The space closed its doors last year as Ana decided to dedicate herself to her other project RME — Rede Mulher Empreendedora (Women Entrepreneurs Social Network), a social network dedicated to empower, support and connect female entrepreneurs.

No such thing as competition

The next session presented a new format, called Aquarium. It worked similarly to an open discussion but with an extra chair free for anyone to join in on stage, trow comments and ask questions.

The theme of the session was challenges, drawbacks and opportunities in coworking and Jorge Pacheco (Plug), André Pegorer (Nex Coworking) and Fernanda Nudelman (former Pto de Contato) — three major veterans of the coworking movement in Brazil — were there to share their experiences.

Topics ranged from technology tools to team building, community management, coworking associations and how to embrace and collaborate with competition.

It was interesting to hear that similarly to reports from Coworking Spain, Brazilian founders are also not terrified of massive coworking franchises like WeWork or even free coworking spaces like Google Campus. In fact, they stated how much their businesses grew after bigger players showed up. They say that not only the idea of what coworking is became more popular, but also the unique mission and the community that smaller spaces offer became easier to recognise and more valued by their members.

In the afternoon Fernando Aguirre presented the Censo 2017. For those unfamiliar with it, Censo is the Brazilian equivalent of the DeskMag Surveys, meaning it compiles a comprehensive amount of data from coworking spaces across the country so we can have tangible and insightful figures on the industry.

The first data presented was the total number of coworking spaces in Brazil — 810. Apart from being a 116% jump from last year, if we look into the projections from 2017 Global Coworking Survey it calculates to almost 6% of the total amount of spaces all around the world — not bad. And spaces are not small. On average, spaces in Brazil have 384m2, 69 desks available and 9 employees on their team.

It was also interesting to see how spaces are organized. 27% of space is dedicated to flexible desks, 19% to fixed desks, 24% to private rooms for teams, 16% to meeting rooms, 15% to common areas and 12% to other specific room models.

Censo also highlighted some community aspects of the industry, showing that while on the average a space has 23 fixed members, they welcome over 267 people per month. 69% of members have monthly membership plans, 36% stay in the same coworking space for 6 to 12 months. Also, 73% of coworking space founders have recommended another space to their members, which says a lot.

At the end of the day, it seems that even within the midst of major political and economical crises, coworking spaces are still thriving with 23% of coworking spaces planning or executing expansions and only 9% that stated their businesses are going bad.

As you can see, the ECWBR 2017 was full of great content and connections. It was fantastic to be there and meet so many great people! In case you want to learn more about what happened (and have some reading understanding of Portuguese), here’s another great and more poetic article on the event written by Fernanda Nudelman: Um Ensaio Sobre a Alma do Coworking

I’m looking forward to participating again next year — and maybe more people from the team will join in — and seeing everyone again!