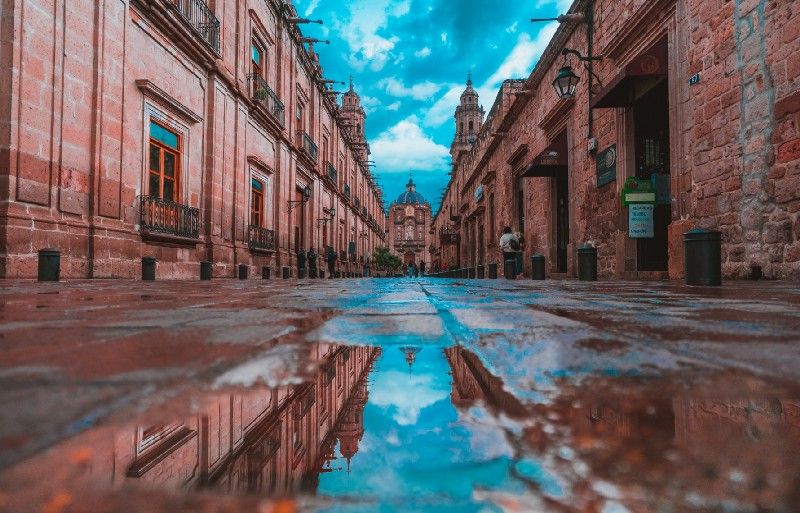 When you sit down for a chat with Nat Orea, organizer of GCUC LATAM, you can sense that the conversation will be interesting. Before the interview, we spoke briefly about the Coworking Europe Conference and our respective backgrounds in the world of coworking.

Paused and reflexive, Nat explained to us how he came into contact with the world of coworking. About five years ago, he returned to Mexico after living in Tokyo for a few years. Since he was looking to start a business and trying to avoid paying for an office, his Dutch mentor suggested that they create a coworking space. “At that time coworking spaces were not at all known in Latin America” ​ — and that is how Nathaniel Orea was fully introduced to coworking.

Today, his company Sweedgroup is dedicated to advising coworking spaces, as well as to managing third-party spaces. But how did he end up organizing a conference? His nature, he tells us, is not that of an event organizer, although he reminds us with a smile that ultimately, every coworking manager is familiar with the organization of events to some extent. “I started attending GCUC, I met the organizers and one thing led to another.”

In the series of interviews we are conducting with managers of coworking spaces in Latin America, we ask what their vision is of the sector in their countries. We also ask them if they believe we can talk about coworking in LATAM in a more general sense. “Coworking has the opportunity to be an agent of change in Latin America,” Nat answers, reminding us of the fundamental bases of coworking. “People here do not have the same economic capacity as they do in the US or Europe, and they have a lower level of specialization”. This is where coworking comes in: spaces where talent and economic potential are concentrated and which offer easier and direct access to partners, education, information on government grants, incubation programs, startup schools, scholarships, etc.

When we delve into these issues and ask him about the government’s role in some of these aspects, he tells us that the biggest problem is the general public’s lack of awareness of available government aid and of how to access it: “Not knowing that you do not know is the worst. At Sweedspace we are used to receiving calls every week from people who turn to us looking for information about these fondos perdidos” which is what they are called in Mexico. According to Nat, this is the factor that penalizes entrepreneurship the most.

Listening to someone who genuinely cares about these aspects reminds us of other times in which coworking was done more artisanally — but Nat is also someone who foresees a future in which many initiatives, such as the city of Amsterdam, are based on a growth model that is built on collaboration spaces and productivity clusters.

But let’s go back to the question of whether or now a LATAM coworking scene exists. “I think we can talk, or rather I would like to be able to talk, about LATAM coworking as we can now talk about a European coworking scene: as you mentioned, each country has different customs and business and organizational systems, but there are factors that they have in common.” Nat mentions a characteristic that can be overlooked: “There is also the question of the (immense) size of the countries in this area of ​​the world: the distances are enormous, and the differences within each country are also vast when it comes to ways of doing business, local industries, or the needs and characteristics of different coworking spaces’ audiences.

Focusing on Mexico City, which is home to 22 million people, there are different areas such as the corporate Santa Fe, in which the spaces are focused on customers in suits — whereas in Colonia Roma, La Condesa and throughout Reforma Area in general, the spaces are more aimed at entrepreneurs and the “estructura millennial” (millennial structure). In a city of this scale, the issue of commuting takes on special importance; but instead of being interested in the impact of commuting, Nathaniel opts for the opposite view: “What is the impact of not having commute time? Stress reduction, consumers spending money in their own neighborhoods.” And they avoid having two or more non billable hours per day, we add.

As the final stretch of the interview was fast approaching, we could not leave without knowing one thing: what does GCUC LATAM mean to Nat Orea? What does he want it to be? Is there a master plan behind the conference?

“From a personal perspective, I would like it to serve as a launch pad for improving the world’s understanding of coworking and its virtues. I would like more cities to follow Amsterdam’s growth model of creating specialized clusters that promote development and that are based directly on what coworking promotes. I would like to create awareness about how coworking can be an agent of economic and social change, especially in Latin America.” We get the sense that there are big plans for what comes after the conference. But Nat doesn’t want to only share content for “operators” — he also wants to to educate the general public and the government about the advantages of coworking.

Speaking about an experience he had with an important magazine, he confesses: “I shared a lot of information with them and in the end there was an article published about ‘The 25 best coworking spaces in Mexico.’ No social impact, no explanation of what’s behind this organizational model,” he tells us, partly frustrated, somewhat amused and a little annoyed. “It seems everyone is waiting to harvest the fruit that coworking will bring, but they’re not willing to contribute the necessary effort of increasing awareness so that the model can develop its potential and become a reality beyond just a workplace that looks good on photos.”

We say goodbye with our favorite question: What question would you love to be asked and never asked?

He tells us nobody had ever asked him that question, smiles at its complexity and spends a few seconds searching inside his mind, then he replies: “We only pay attention to the micro scene, to the development of the industry, and we take a very practical approach that’s, focused on operations — but we forget to ask ourselves questions about the macroeconomic panorama.”

We like good coworking in all shapes and sizes. If you are interested in being informed of what is happening and what can be achieved by coworking in Latin America, the GCUC LATAM is without a doubt a great option.

Cobot helps coworking businesses around the world effectively manage their spaces. You’ll find that our features can help you run your coworking space more efficiently and grow a healthy, and happy, community. Want to try it out to see how Cobot can help you automate your daily administrative tasks? Just sign up for a free trial or a live demo session and reach out to our support to learn about our available discounts.