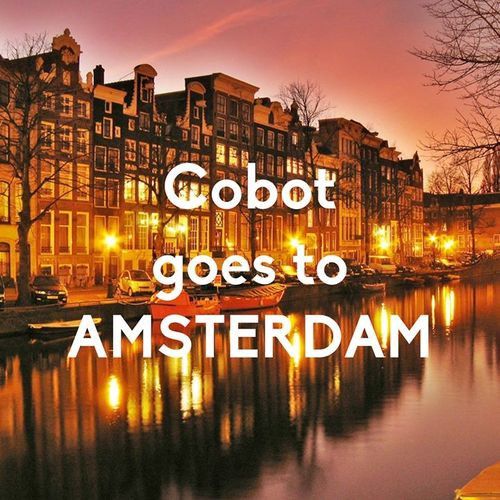 Amsterdam is the capital of the Netherlands and, though more famous for its canals, red light district, coffee shops and 17th Century Dutch painters, the city also has a growing community of social and creative entrepreneurs and a number of coworking spaces offering them a place to work, away from home.

Amsterdam is a small and cozy town. Everything is at an easy walking distance and there is a great cycling infrastructure with bicycle paths everywhere, bike racks in every street and even guarded bicycle garages. Around 50% of the city’s population consists of foreigners and each year over 3 million people visit the city — some for business, some for pleasure. The city surprised me with its artisanry (traditional shoemakers and tailors, handmade carpets and furniture, etc.) and its concentration of art galleries.

Though I couldn’t find any coworking space that is part of the Coworking Visa programme, I spent some time visiting other spaces around the city. There’s a variety of coworking spaces and coffee bars — the kind that actually serves coffee, which is an important distinction to make in this city! — where freelancers and entrepreneurs get together to work, away from the isolation of their home offices. When it comes to coworking in Amsterdam, there’s a fit for every style.

Spaces is a network of work spaces with offices, open areas and meeting rooms. They have three locations in Amsterdam, one in The Hague, and plans to expand to other European capitals. My Spaces of choice was their Herengracht location. I had written them in advance and upon my arrival Stephanie, one of the space managers, was kind enough to give me access to the Internet and let me work there for a few hours, enjoying the natural light and relaxing atmosphere.

Spaces Herengracht has a restaurant/café and I love its concept, not only due to the fact that I always need something fast and healthy to eat on my busy days, but also due to the space it offers for meeting customers outside a meeting room and in a more relaxed atmosphere. Oh, and they also take care of your laundry if you want!

Impact HUB requires no introduction. This international network of work spaces has locations in most big cities around the world where things happen, and Amsterdam could obviously not be missing from this list. This space recently moved from the city centre to a location a bit further away, close to the beautiful Westerpark. The space is still under construction (they were getting some phone booths done when I was there), but since its relocation it has filled up with busy bees again.

The Amsterdam Impact HUB has differentiated areas based on noise levels — just like we do at co.up. I find it great to either be able to work in library-like silence or be as loud as I want in a room full of people networking and exchanging ideas. Another thing I loved at Impact HUB were their convertible whiteboards, which can be aligned to divide spaces or flipped over to be used as standing desks that can be written on.

Knowmads Greenhouse is a coworking space in the suburbs. It’s by far the most alternative of the spaces I visited in Amsterdam. Knowmads Greenhouse is located in a large, semi-industrial building and the character of the community can be seen everywhere: artwork and posters hanging on the wall, signs on the fridges, you name it… In addition to coworking, Knowmads Greenhouse also offers a programme for students who want to learn about entrepreneurship the hard way.

Which city shall we visit next?